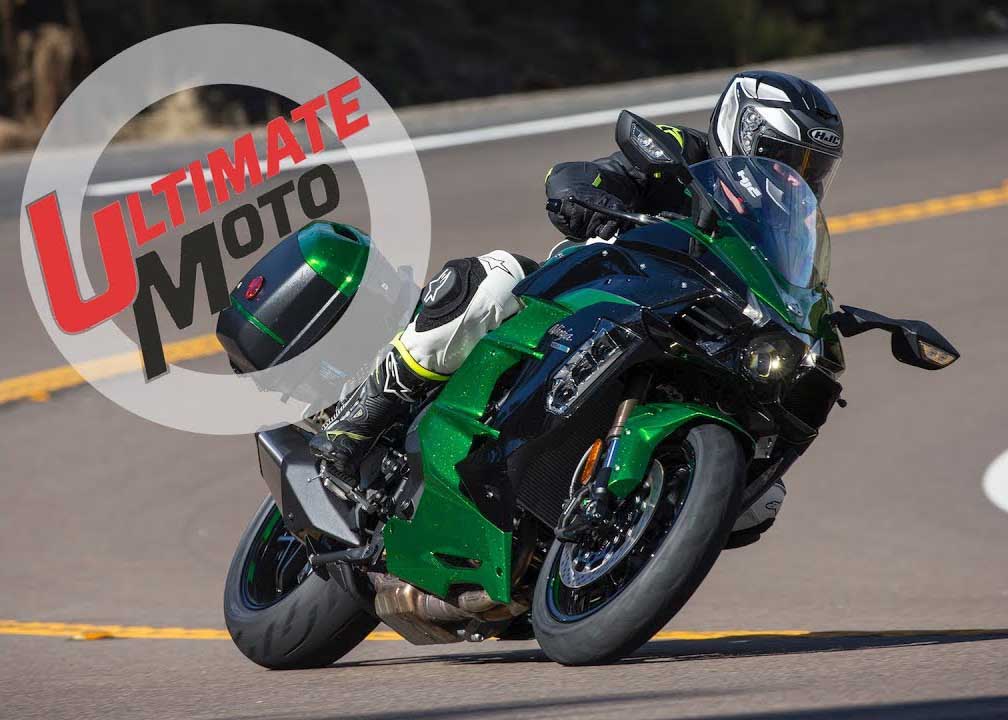 Ultimate Motorcycling has posted a glowing video review of the new Kawasaki H2 SX. Here’s a short snippet of text, but I recommend watching the video::

The 2018 Kawasaki Ninja H2 SX SE aims to put the “Sport” in “Sport Touring,” in a big way. Kawasaki’s latest supercharged beast is the third iteration of the H2, based off of the shocking H2R, that was released seen in 2015.

At the heart of the Kawasaki Ninja H2 SX SE is the very 998cc supercharged inline-four cylinder motor found in the race-track-only H2R, with a few minor changes to make it more applicable for the street. Kawasaki engineers focused on providing mid-range power, as opposed to outright top-end power for the track, in an effort to make this a more approachable bike and they succeeded.

At 9500 rpm, the 2018 Kawasaki Ninja H2 SX SE produces a staggering 101 ft/lbs of torque and that’s enough to keep even the most discerning torque aficionado truly satisfied.

When twisting the throttle of the H2 SX SE, it’s incredibly easy to be drawn in by it’s deceptively smooth throttle response and linear power delivery – you’ll be hitting triple digits effortlessly. The 998cc silky smooth character can be attributed to the dual secondary balancers, making this one of the most vibration free power plants that has come through the Ultimate Motorcycling garage.

With all that power on tap, one needs to be able to get it pointed in the right direction, and Kawasaki didn’t disappoint. The H2 SX SE’s handling is subtle, requiring little effort to get it tipped into a corner.

You can read more of their impressions including 24 “fast facts” about the bike at the link below:

Below is an embedded version of their video review.