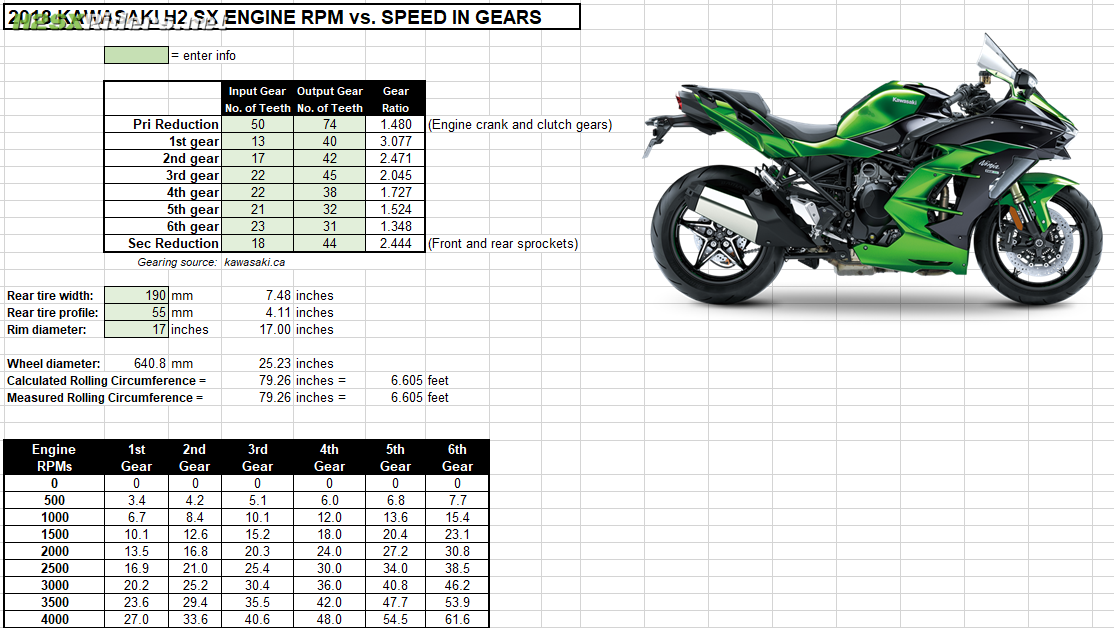 The new SX is certain to have slightly less punch than its predecessor the Ninja H2. But, though its power delivery has been smoothed, shifted, and made more sane for street use, there’s still 207 bhp on tap at top speed with ram air advantage (per Kawasaki). The SX’s comparative acceleration may be slightly less, and it’s top speed may be different due to gearing, it also has the advantage of aerodynamics over the half-faired H2. 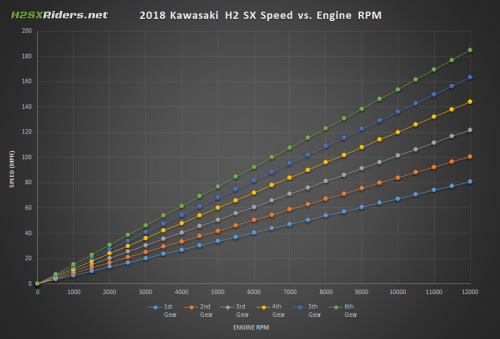 But ‘precise’ is a poor choice of words because several assumptions are being made in this determination:

Most owners will probably not be too concerned about this stat, but there will be a subset out there who do. They will modify the SX just as owners modify the H2 and H2R, but maybe not to the same extent. Assuming the SX has enough horsepower to overcome aerodynamic drag, a simple front/rear sprocket change that yields a secondary reduction ratio of less than 2.26 should get you over that 200 mph threshold.

If you want to play with the numbers yourself, just hit the “H2SX SPECS” menu above to access the Gearing Spreadsheet.

Additionally, I’ve sent relevant gearing info to gearingcommander.com and the H2 SX is now in their web based calculator.