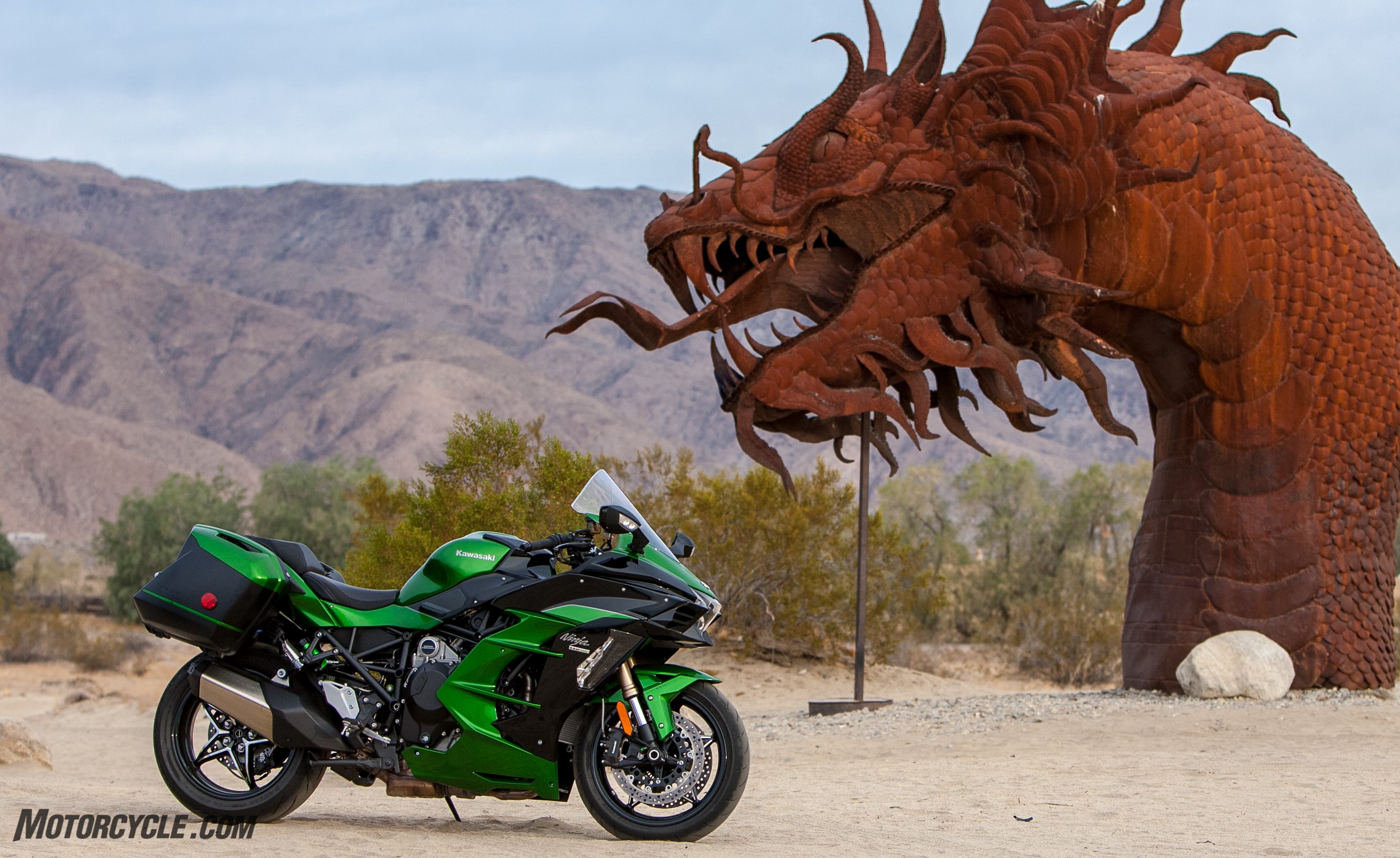 Motorcycle.com has finally gotten its hands on the new Kawasaki Ninja H2 SX and have posted their review (actually their second) of the new supercharged beast. John Burns gets the honor of writing the first North American review one week before the rest of the N.A. motorcycle media gets their crack at it.

His general impressions of the bike are glowing, finishing off the review with this summary:

They don’t put that rivermark logo on just any motorcycle; this one’s built to show just how nice a motorcycle Kawasaki can build. An extremely nice one, as it turns out, in addition to one that’ll blow (almost literally) the doors off 99.99% of everything else on the road. I’m pretty sure 97.5 is the highest I’ve ever ranked any bike on the MO scorecard, and the only time I’ve ever given an engine a perfect 20. I think the bar just got raised.

John Burns as been writing about and reviewing bikes longer than most of us have probably been riding, so his opinion generally carries a lot of weight.

Click here to read the entire print version of the review.

Below is an embedded version of their video review.