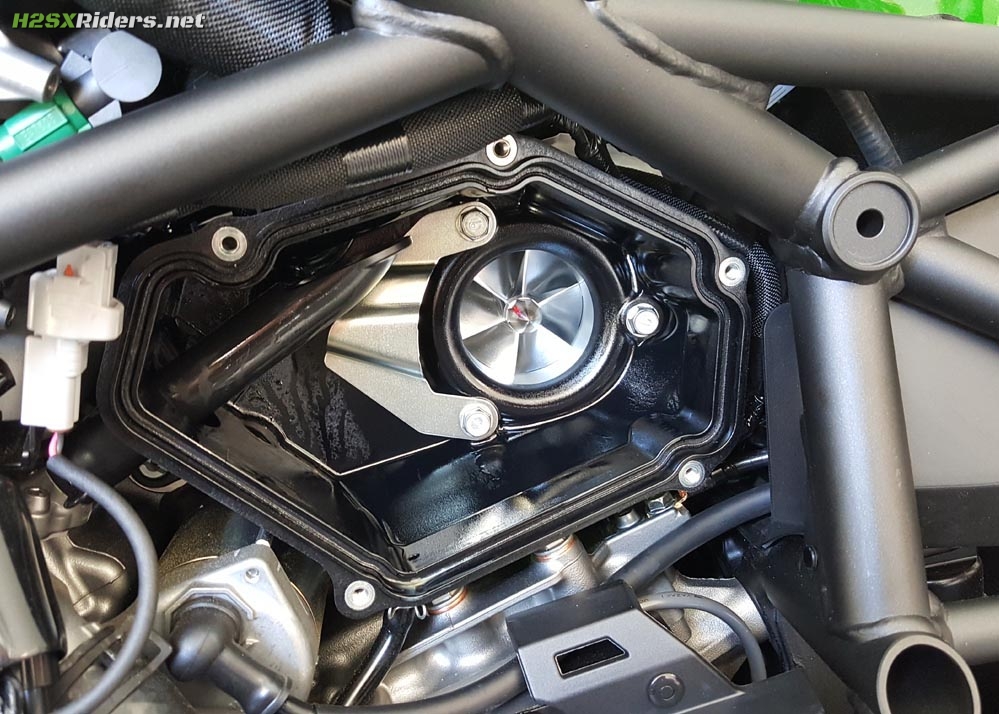 It goes without saying (okay, I’ll say it anyway) that the supercharger is the heart of any H2 based engine, and the H2 SX is no exception. Except the average owner of the SX will probably expect a higher state of reliability and a much longer life from their powerplants than the average H2 (and especially H2R) owner. That makes it even more important that the H2 SX supercharger impeller axial play measurement be carried out on schedule and by the book!

This makes it even more critical that this basic inspection takes place! It’s an inspection that Kawasaki and Kawasaki Heavy Industry must believe indicates the overall health of the supercharger assembly.

Now, there have been almost no reports (that I could find) of H2 or H2R superchargers failing, at least on non-heavily-modified bikes, but as they say . . . “an ounce of prevention is worth a pound of cure.” And this inspection is stupid easy. Just do it during your next oil change, it only involves taking off a handful more of upper fairing and air intake fasteners. The inspection itself literally takes 15 seconds (see video below).

Aside from the normal tools you will need to remove standard fastener fairings and the air filter housing you will need:

Attached below are the inspection procedure steps. You don’t really need the custom adapter plate to attach your dial indicator gimbal to. The frame on this bike is high tensile steel, so it makes a convenient attach point for a gimbal magnet. Just be sure to protect your frame from scratches. 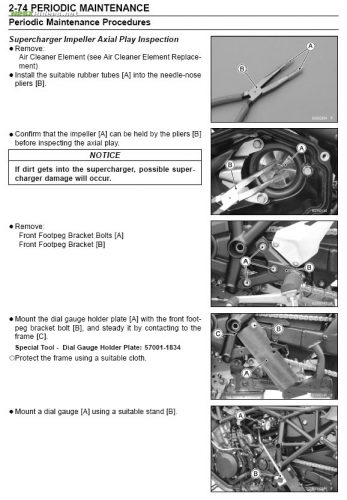 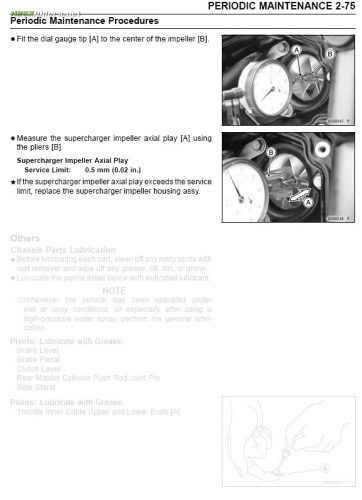 Below are some pictures showing the airbox, impeller, and the fixturing of my dial indicator.

And finally, here’s the actual 22 second money shot showing how simple the procedure is. There’s really nothing to it. It takes more time to remove plastic and ducting than to do the inspection itself.