New to H2SXRiders.net? Introduce yourself!
Post Reply
9 posts • Page 1 of 1

Hi there, new kid in town from the Netherlands. But kid from 57 years young and married for about 25 years.
Driving motorcycle almost from when it was allowed tot drive en since never stopped riding. At the beginning more touring, then a couple of sporting bikes.

In 2008 my best looking and driving bike ever: Suzuki GSXR 1000 with a lot of carbon stuf like Blackstone carbon wheels etc.

But in 2013 broke my leg (with mountainbike) very heavy and after many months is was not possible to sit anymore on that bike and bought the Hayabusa (yes, the sporting bike for old men). Bike was OK, more relaxed sitting and i was hoping for a new model of the Busa, but not in 2018 etc.

Then some pic's on the internet and 2 weeks later possible to see and feel the bike in real. Immediately in love with that bike and a late later bought the H2 SX. Both like the bike and my wife will join me as usual (since 1986 passenger on all bikes).
This picture shows how happy we are with the bike

For now waiting a couple of months and hoping for a lott of fun with the H2.
0 x
Top

Nice to 'see' you here too Fred

Greetings Fred and DeRox. Good to see a mix of international members on the site.

Today i was in Utrecht for the exhibition which is held every year. As usual, i don't need anything but buy still some stuff.
But first visit was at Kawasaki (what else) and who was sitting on my bike? 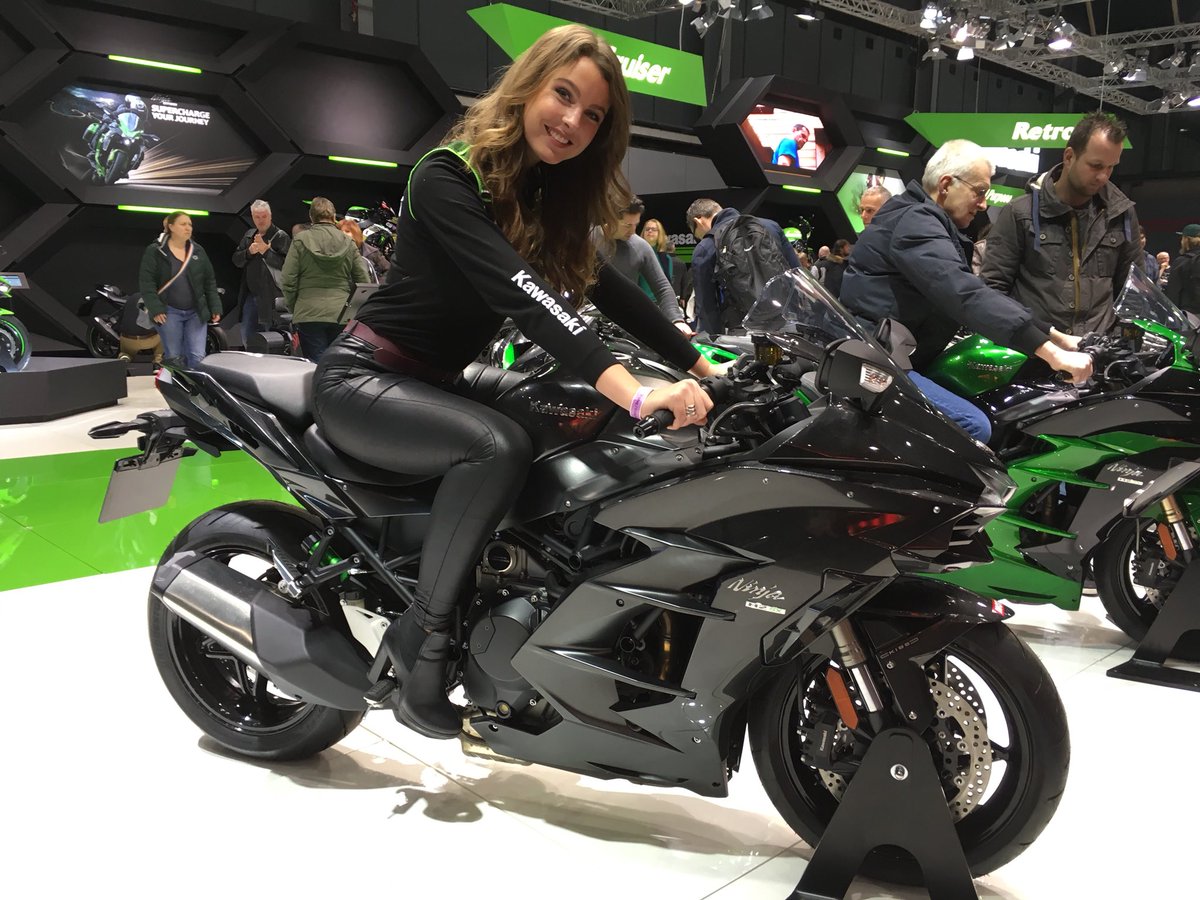 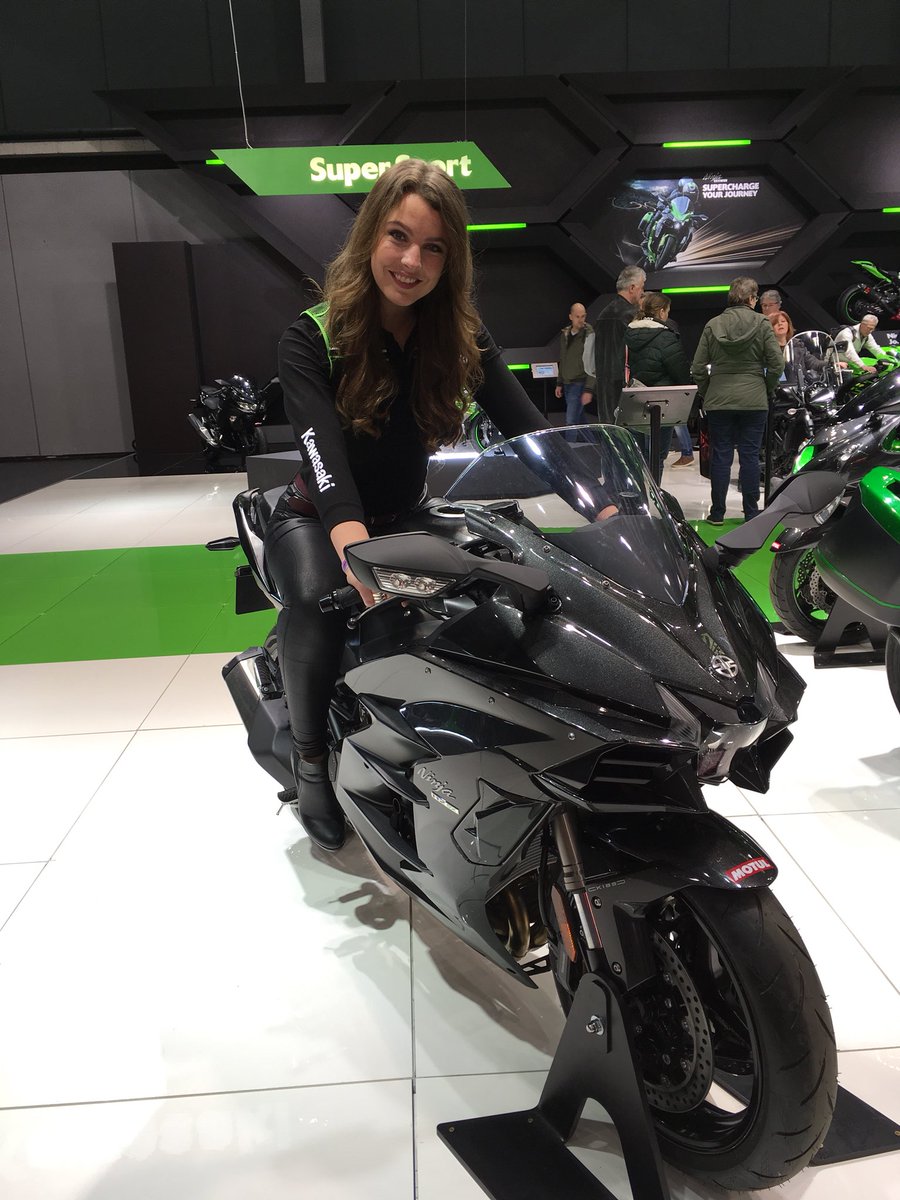 I wasn't my wife

I was there too yesterday evening. The Kawa guy didn't know when the SX'es are coming. Didn't expect him too. I'm usually better informed by forums like this than dealers and such...

@ DeRox: The guy on the stand who tried to give me some answers did not know very much about the bike. I guess i could tell him more about the H2SX. It was better talking with the lady on my bike

Today i was drinking coffee at my dealer, he told me to aspect the bike at the middle of March. I think i will go immediately after my 11 days Gran Canaria pik up the bike, can't wait.
0 x
Top

Users browsing this forum: No registered users and 2 guests