A few months back I bought front and rear sprockets to change the gearing on my SE. My aim is to bring rpm down for a more comfortable cruise and maybe increase tank range. It might hurt acceleration but that’s not always the case. With plenty of available power and ECU flashed by vcyclenut, I think the bike has enough guts for any acceleration loss to be minimal and only be noticeable under timed conditions (if at all).

My target is to bring the rpm down to 5,000 rpm at 85 mph – the maximum that cruise control will hold. That's a drop of around 500 rpm. For the front I went +1 with a 19T Vortex sprocket from vcyclenut. At the rear I’m going 2 teeth less with a 42T steel sprocket from SuperSproxUSA.

I’d hoped to change the front sprocket and try it out before winter but, when I went to make the change, I found out that changing sprockets on this bike is not the quick swap that I’m used to. There is a guard around the engine sprocket. To remove that requires the clutch slave cylinder to be removed which, in turn, requires the water pump cover to be loosened which, in turn, requires the coolant to be drained…… I didn’t have enough time for all that, so I left it alone and put the sprocket cover back on. I revisited the task last weekend.

If the description below looks long that’s because it is - the whole process took about 2 hours (really did!) and I started with the left fairing already removed for another project. I haven’t had a chance to see what it feels like to ride with the new front sprocket but I’ll share the experience of fitting it. When I get around to changing the rear I’ll provide a write up for that too. Meanwhile, here’s Champ87’s suggested sequence for front sprocket removal: 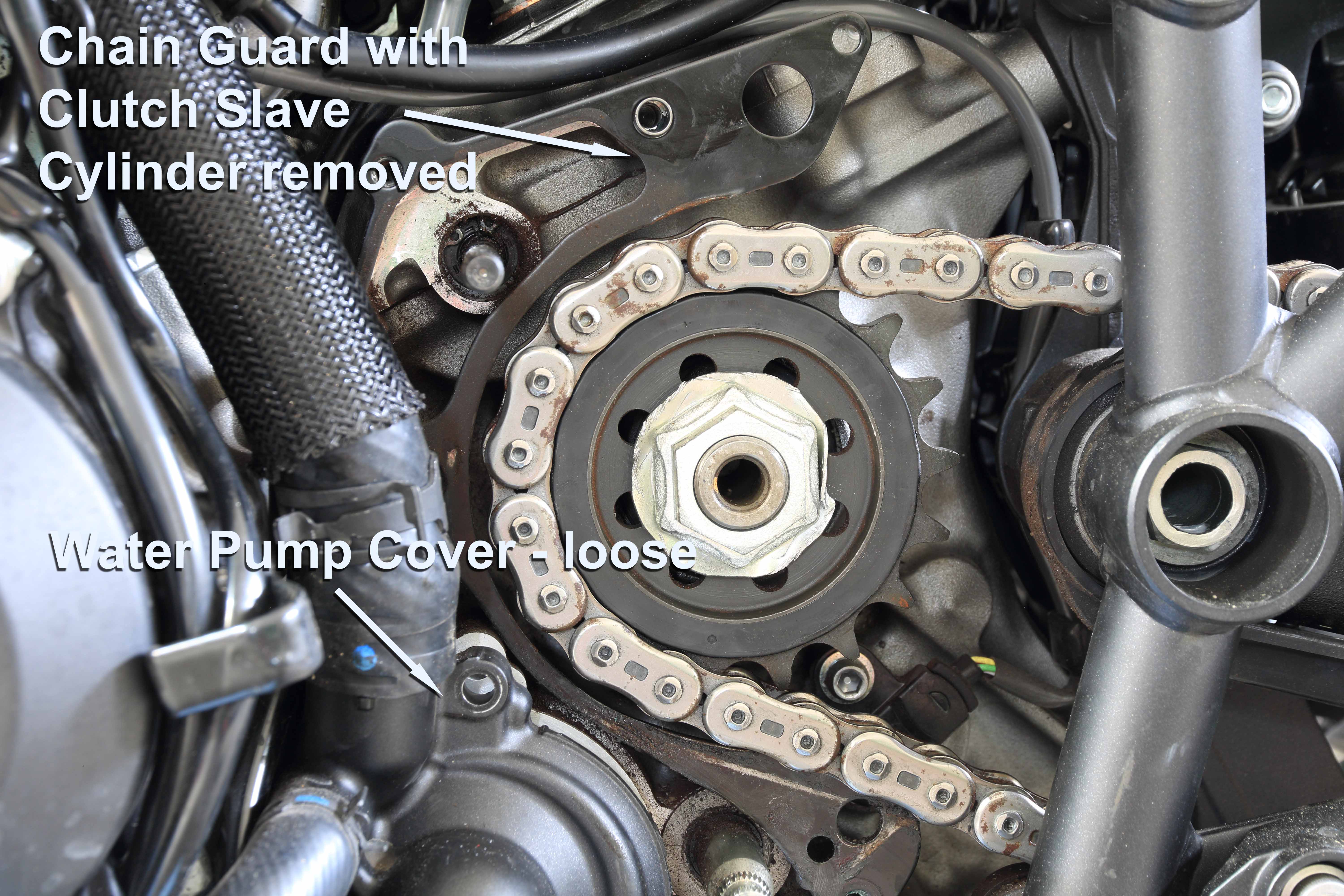 1 x
Champ87
It's amazing how fast you can go when you take your time.
Top

My next step is rear sprocket change, so I looked at the service manual to see what’s involved. Like the front sprocket, changing the rear is a lot more work than I’d expected. On my previous bike, Triumph Sprint, the single-sided swingarm made rear sprocket change easy. I didn’t even need to remove the wheel: simply removed the sprocket holding nuts and replaced the sprocket.

The same cannot be done with the H2 SX. The sprocket holding nuts are on the back side of the carrier so the whole coupling assembly must be removed. To do that, the wheel must be removed which requires muffler removal. I don’t know why Kawasaki didn’t design it with the nuts facing out. The way they’ve done it maybe looks neater, but it makes a lot of work. Replacing sprockets is something most of us do at some time so I’ll follow with details when I get time to change the rear sprocket.

0 x
Champ87
It's amazing how fast you can go when you take your time.
Top

Would the method below work on our bikes? Seems like it could save time. I haven't really looked into it yet. Check out post #4. I think a ratcheting wrench might work as well.

EDIT: I'm trying to post a screen shot from the post but it doesn't seem to be working.

Help me understand.. I’m coming from a 600cc gsxr that had 520 race gearing setup. Great for acceleration but was a nightmare at hwy speeds cruising. Lots of vibrations at hwy speed. My se+ is a dream 30-80 cruising. I start to feel that higher vibration like the bike is on the fence of let’s go or back it down 85-95. Everything else is cloud like to me. Super smooth. So if you aren’t trying to get better acceleration or a better top end speed. I think changing up the gears is a waste. If you do 85 everywhere I don’t know what to tell ya. Seems like a headache when you could just slow down 5 or speed the hell up. Just my opinion. Do what suits your riding style needs best though.
0 x
Top

cOoTeR wrote: ↑
Mon Mar 18, 2019 11:04 pm
Would the method below work on our bikes? Seems like it could save time. I haven't really looked into it yet. Check out post #4. I think a ratcheting wrench might work as well.

Yes, I was wondering if I could get a wrench behind the carrier. I do have a set of ratcheting wrenches so I will investigate. If it works then my only reservation would be that I won't be able to torques the bolts. Stuff like that bothers me. It shouldn't because I spent enough years without worrying about torque settings if I needed to change a sprocket quickly between races.
1 x
Champ87
It's amazing how fast you can go when you take your time.
Top

If speeding up or slowing down was what I wanted to do then I'd.......simply speed up or slow down. That's fine for general riding but, on a road trip, that may not be the best option. On my last road trip (not this bike) I covered 6,500+ miles in two weeks. That involved a lot of mileage between various place I visited. Using cruise control really helps comfort. I'd like to be able to use it at any speed up to the maximum it can be set - 85 mph. I agree that the bike "is a dream 30-80 cruising" but at 85 mph it feels a little busy to me so it makes sense (to me) to change the gearing to suit what I want. That will give me a more enjoyable ride and a lot less fatigue over a long day.

Not everyone will agree with my approach but there are plenty on this forum who will change sprockets themselves, if only to replace worn originals. Sharing the information may help some and definitely won't do any harm to those who don't care.
1 x
Champ87
It's amazing how fast you can go when you take your time.
Top

Think you over thinking the rear sprocket. Here is a video of EC’s hyper drive on the H2. Same steps for changing sprockets

No, for H2 SX the steps are different because our bikes have a different axle arrangement.
0 x
Champ87
It's amazing how fast you can go when you take your time.
Top

No, for H2 SX the steps are different because our bikes have a different axle arrangement.

Users browsing this forum: No registered users and 19 guests